Why protecting small wetlands is critical for Ontario's wildlife 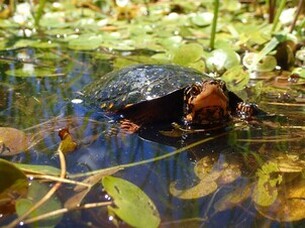 It's like this. Say someone steals $10,000 from you by removing $1,000 from your savings account every day for 10 days. The impact of that theft on your life would be just as big as if they stole the whole $10,000 all at once. It's the same, and worse, for wetland loss. Ten small wetlands together actually hold more biodiversity than a single large wetland that is the same size as the ten small ones put together. This means that the destruction of the ten small wetlands, one at a time, has an even bigger impact on wetland biodiversity than the destruction of the large one.

In southern Ontario, we have already lost about three-quarters of the total wetland area that was here before European colonization. So, we have already lost three-quarters of the potential homes for wetland wildlife in southern Ontario. This is why in Ontario we have many threatened and endangered wetland species. And this is also why every remaining bit of wetland in Ontario, whether big or small, is precious to Ontario's wetland biodiversity.

We can accommodate our growing human population by increasing housing density within the already-developed areas of towns and cities. However, the same option is not available to wetland species. In southern Ontario, to provide homes for wetland wildlife and prevent their extinction, we need to protect all remaining wetland areas.